What is Riḍván festival and who celebrate this festival? 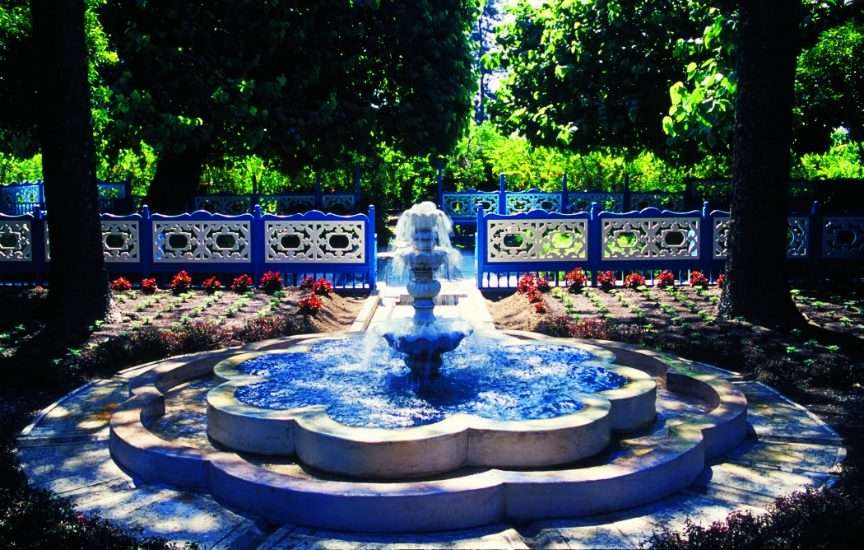 Ridvan is a twelve-day festival, spanning the 13th day of Jalal to the 5th of Jamal of the Naha Bahaí calender, signifying the 12 days Baha’u’llah spent in the Garden of Ridvan meeting with visitors before His exile to Constantinople. Ridvan (which means “paradise” in Arabic) commemorates Baha’u’llah’s declaration in 1863 as the Promised One of all religions.

To Israel He was neither more nor less than the incarnation of the ‘Everlasting Father,’ the ‘Lord of Hosts’ come down ‘with ten thousands of saints’; to Christendom Christ returned ‘in the glory of the Father,’ to Shi’ih Islam the return of the Imam Husayn; to Sunni Islam the descent of the ‘Spirit of God’; to the Zoroastrians the promised Shah-Bahram; to the Hindus the reincarnation of Krishna; to the Buddhists the fifth Buddha. Shoghi Effendi, God Passes By

Although Baha’u’llah’s mission as the Promised One had been revealed to Him in 1853 during His imprisonment in Tehran, it was ten years before He would declare His

mission publicly in the Garden of Ridvan

In 1844, the Bab had foretold the coming of a great Messenger from God – the One promised in all religions. The Bab’s entire ministry, which ended with His execution by the Persian authorities in 1850, had been to prepare the people for the arrival of this Messenger. Baha’ullah, one of the Bab’s followers, was imprisoned in the Siyah-Chal in 1853. It was here that He experienced a revelation from God in which His mission was made known to Him.

After Baha’u’llah was released from the Siyah-Chal, He was exiled from Persia and settled in Baghdad. Baha’ullah did not tell anyone of the revelation He had received in the Siyah-Chal. The Bab’s followers began to turn to Baha’u’llah as a leader of the Babi community, relying on His loving guidance and care following the Bab’s execution.

It was for this reason that news of Baha’u’llah’s exile greatly shook and saddened the Babi community. For twelve days, before departing for Constantinople, Baha’u’llah remained in the Garden of Ridvan, receiving a vast number of visitors – both Babis  and the people of Baghdad. What the Babis had expected to be a painful farewell instead turned out to be an occasion of joy and celebration as Baha’ullah, on His first day in the Garden, declared His mission as the Promised One.

Verily, all created things were immersed in the sea of purification when, on that first day of Ridvan, We shed upon the whole of creation the splendours of Our most excellent Names and Our most exalted Attributes. Baha’u’llah, Kitab-i-Aqdas

Baha’u’llah’s declaration marked the beginning of the Baha’i Faith and thus heralded a new era with the promise of the unity of all mankind. For me, Ridvan is an occasion for joyous celebration and deep gratitude.

Say: The Most Great Festival is, indeed, the King of Festivals. Call ye to mind, O people, the bounty which God hath conferred upon you. Ye were sunk in slumber, and lo! He aroused you by the reviving breezes of His Revelation, and made known unto you His manifest and undeviating Path. Baha’u’llah, Kitab-i-Aqdas

As a Baha’i, I have had the immense privilege and joy of witnessing the amazing transformative power of Baha’u’llah’s teachings – in my own life and spiritual wellbeing, but also in the transformation of the world around me. As a commemoration of the day on which the Dispensation of Baha’u’llah began, Ridvan truly is – as Baha’u’llah described it – “the Day of supreme felicity”.