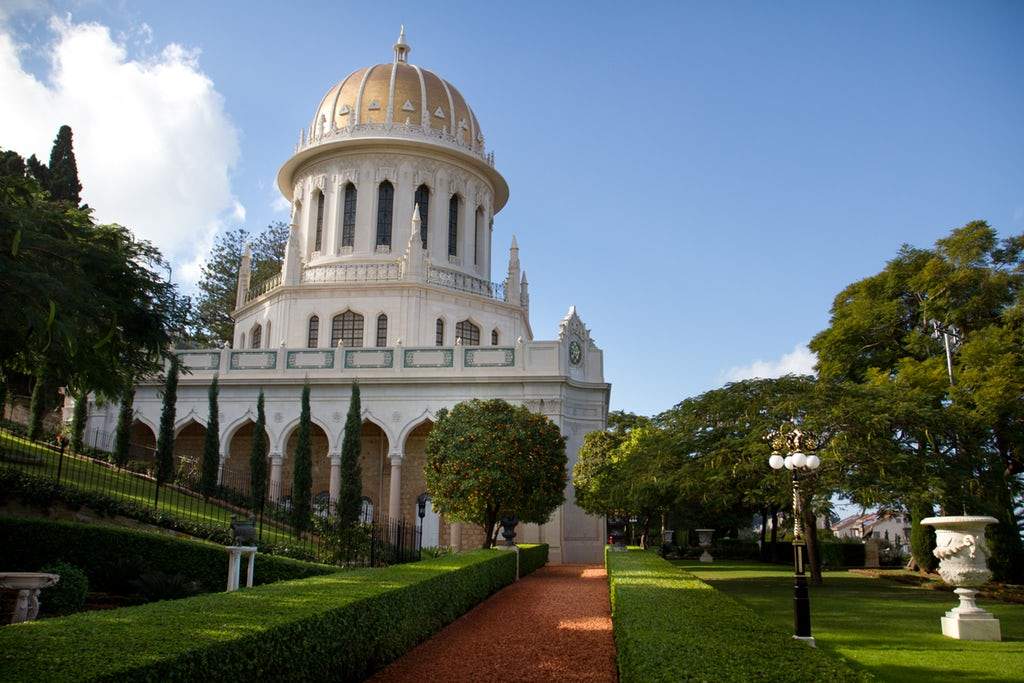 On 23rd May 2021, i.e. 22nd Sunset through Sunset 23rd May, 2021 (8 ‘Azamat, 178 BE (Baháʼí Era), Baháʼís all over the world will celebrate the 177th Anniversary of the Declaration of His Holiness The Báb,who was the Forerunner of Bahá'u'lláh as well as the Prophet-Herald of the Baháʼí Faith.  Bahá'u'lláh was the Prophet-Founder of the Baháʼí Faith. (The date to commemorate all eleven (11) Baháʼí Holy days i.e. all joyous historic occasions shift within the Gregorian calendar from year to year, according to the Baháʼí calendar, but it is always honoured on the 8th of Azamat with regards to the declaration of His Holiness 'The Báb'.

Its observation begins this year at about two hours after sunset on May 22, 2021. 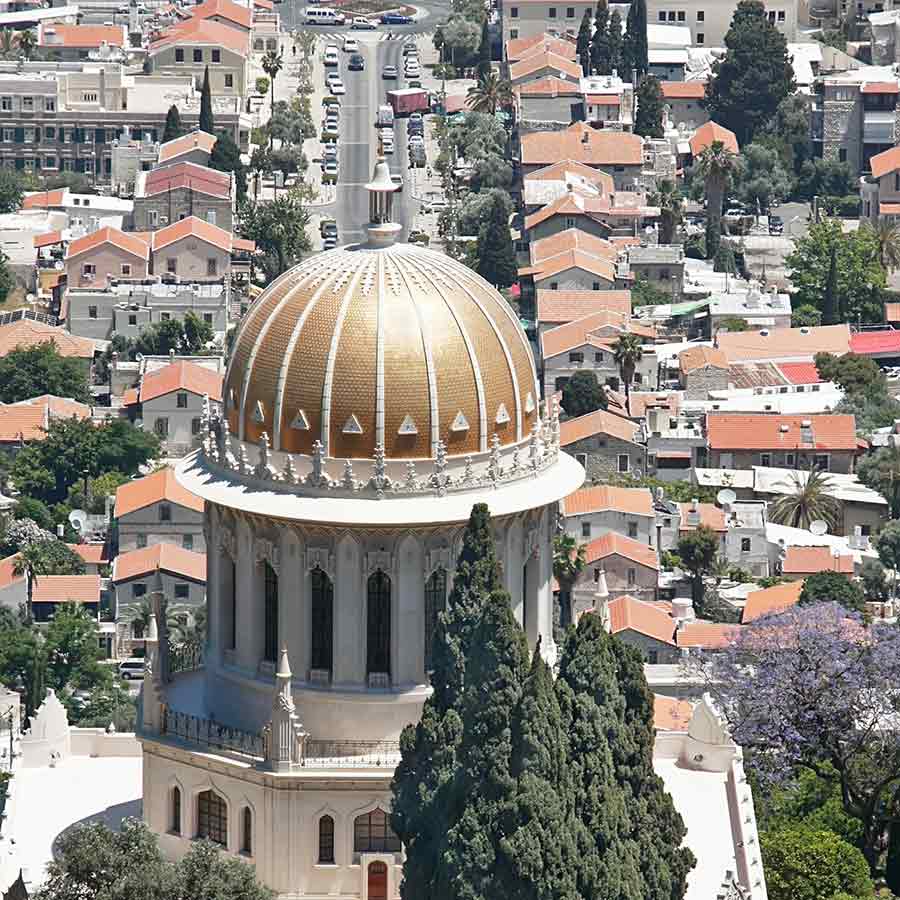 The Baháʼí Era began 178 years ago, in 1844 CE, when the Báb announced His mission to a young Shaykhi named Mulla Husayn.

How exhilarating it must have been to live during a new revelation—to have been a devotee of Buddha, an apostle of Jesus, a disciple of Muhammad, a first believer in any of the Manifestations of God, attuned to the flood of spiritual power that each divine dispensation initiated!

The Declaration of the Báb happened in May 1844 when a Shi’a Muslim, Mullá Husayn, was on a journey looking for the Promised One. The Promised One, also called Al-Qāʾim in the Shi’a tradition, is a Messiah Figure told about in holy scriptures.

This young man who was only 25 years old, told Mullá Husayn that he was Siyyid Kázim’s successor and the bearer of divine knowledge. When Mullá Husayn described the prophesies of The Promised One, Ali Muhammad declared, “Behold, all of these signs are manifest in me.” 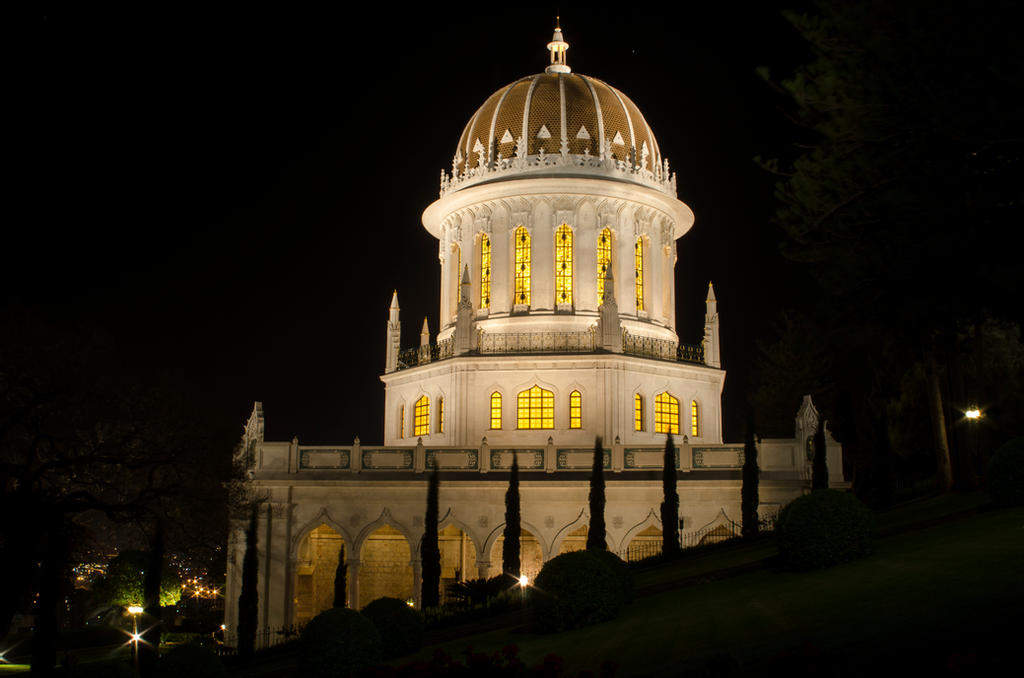 Ali Muhammad then proceeded to explain the meanings of difficult holy teachings to Mullá Husayn and convinced him that he was the Promised One that Mullá Husayn had been searching for. Ali Muhammad said, “O Thou who art the first to believe in Me! Verily, I say, I am the Báb, the Gate of God.” Siyyid Ali Muhammad took the title of “The Báb,” which in Arabic means “the Gate.” He was the first of two Prophetic Figures who founded the Baha’i Faith, the other being Bahá'u'lláh, which in Arabic means “The Glory of God.”

Baháʼís view the  Báb as a Messenger of God, who had a role that can be likened to John the Baptist (who told of the coming of Christ) in heralding the coming of the latest Manifestation of God: Bahá'u'lláh.

The events surrounding the Declaration of the Báb have been told in many ways, but perhaps the most widely read is the account in The Dawn-Breakers: Nabil’s Narrative of the Early Days of the Baháʼí Revelation. This book was written by Nabíl-i-Aʻzam, and chronicles the early days of the Revelations of the Báb and Bahá'u'lláh.

The story begins in 1793, when a learned man named Shaykh Ahmad-i-Ahsa’i (1753-1826) began, at the age of 40, to travel through Persia teaching that the advent of a great day was drawing near, the day that would see the advent of the Qa’im, the Promised One of Islam. During this time, there was great discontent in the East as certain prominent clerics practiced disunity and behaved in a way that was damaging Islam.  As he spread this message, his knowledge and wisdom impressed many, who were eager to learn from him. Among these was a gifted young man named Siyyid Kazim-i-Rashti (1793-1843), who became Shaykh Ahmad’s favoured pupil and eventual successor. 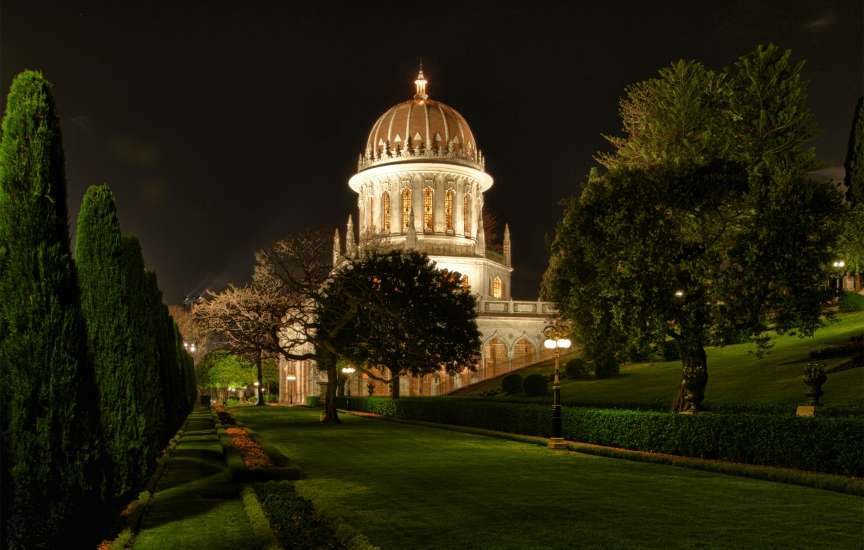 After his teacher’s death in 1826, Siyyid Kazim continued to spread the word of the advent of the Promised One, but opposition to the message was rising. In an effort to enlist the voices of some well-respected authorities, he therefore sent one of his pupils, Mulla Husayn, to relate these teachings to the authorities and answer their questions. In this task, Mulla Husayn was successful. Yet opposition to his message grew and caused him considerable hardship as his enemies used every means at their disposal to discredit him and if possible put his life in jeopardy.

Throughout this time, however, he continued to steadfastly announce the coming revelation, although when pressed to reveal the identity of the Promised One, he always refused, often adding that even if he did reveal this secret, none would be able to accept it. Shortly before his death in 1843, he instructed his students to go out and search for the Promised One, saying He was about to be revealed.

It was this quest that led Mulla Husayn, his brother, and a nephew to the city of Shiraz on May 22, 1844. Having traveled far in his search, Mulla Husayn sent his companions to the mosque to await him while he wandered awhile, promising to rejoin them for evening prayers. While walking outside the gates of the city a few hours before sunset, he was unexpectedly greeted by a young man. Mulla Husayn thought this man must be a disciple of Siyyid Kazim who had heard of his arrival in Shiraz and had come to welcome him. Even so, the manner of the greeting was astonishing. He described the expressions of affection and loving kindness as well as the gentle and compelling manner in which the young man (the Báb) spoke to him.

On a spring evening, i.e. on 23rd May 1844, a conversation took place between two young men that heralded a New Era for the human race. A Persian Merchant announced to a traveller in the City of Shiraz that He was the bearer of a divine Revelation destined to transform the spiritual life of humanity.

He is known to history as the The Báb (meaning “The Gate” in Arabic).
The Báb was only 25 when He declared His station to Mulla Husayn, The first eighteen, who believed in Him were given the special title of “Letters of the Living”. Each of these 18 Letters of Living investigated about the Báb’s message independently and accepted it by his/her own free will. Just like the 12 Apostles of His Holiness Jesus Christ and the “Ansar” or “helpers” of Prophet Muhammed, these Letters of the Living were pious people with open heart, which enabled them to be receptive to – and ultimately accept – their Lords newest message to humanity.

With His call for spiritual and moral information, and His attention to improving the position of women and the lot of the poor, the Báb prescription for spiritual renewal was revolutionary. At the same time, He founded a distinct, independent religion of His own, inspiring His followers to transform their lives and carry out great acts heroism.

Mulla Husayn  accompanied the young man to his house, where tea was served and preparations begun for the evening prayer. Mulla Husayn then relates the astonishing occurrences that followed.

The young man, whose name was Siyyid Ali Muhammad, proceeded to demonstrate that each of the signs given by Siyyid Kazim were indeed applicable to Him. Yet Mulla Husayn was unsure. He had prepared two tests for anyone claiming to be the Promised One, and decided to place them before Siyyid Ali Muhammad in order to prove the matter one way or the other. Those tests were as follows:

The first test was to produce an in depth treatise (detailed commentary) regarding concealed teachings  of Shaykh Ahmad and Siyyid Kazim. The second was to unravel the mysteries of the Súrih of Joseph (Yusuf) .This was a chapter of the Quran. (However he only uttered the first test to the Báb)

"I had previously requested Siyyid Kazim, in private, to write a commentary on that same Surih, which he refused, saying: “This is, verily, beyond me. He, that great One, who comes after me will, unasked, reveal it for you. That commentary will constitute one of the weightiest testimonies of His truth, and one of the clearest evidences of the loftiness of His position.” (The Dawn-Breakers, p. 59)

So Mulla Husayn asked his Host to comment on the treatise he had written. The result of that request only further astonished him:

"He graciously complied with my wish. He opened the book, glanced at certain passages, closed it, and began to address me. Within a few minutes He had, with characteristic vigour and charm, unravelled all its mysteries and resolved all its problems. Having to my entire satisfaction accomplished, within so short a time, the task I had expected Him to perform, He further expounded to me certain truths which could be found neither in the reported sayings of the Imams of the Faith nor in the writings of Shaykh Ahmad and Siyyid Kazim. These truths, which I had never heard before, seemed to be endowed with refreshing vividness and power…" He then proceeded to say:

Mulla Husayn described that the Báb did not pause once until the entire Surih of Mulk was completed. Finally when he begged leave to depart he recounted the following:

“This night,” He (the Báb) declared, “this very hour will, in the days to come, be celebrated as one of the greatest and most significant of all festivals. Render thanks to God for having graciously assisted you to attain your heart’s desire, and for having quaffed from the sealed wine of His utterance.” (The Dawn-Breakers, p.62)

From that day forward, Siyyid Ali Muhammad referred to Himself as the Báb (the Gate) and Mulla Husayn became His first disciple. Although the Báb was indeed the Promised One foretold by Shaykh Ahmad and Siyyid Kazim, He taught that He was but the Herald of another Messenger (Bahá'u'lláh) who would appear very soon after Him, and the power of whose revelation would far exceed any previously sent down by God. The day the Báb declared His mission is now, as He had promised, celebrated by Baha’is around the world as “one of the greatest and most significant of all festivals.”

At a time of Báb' declaration when His country, Iran, was undergoing widespread moral breakdown, His message aroused excitement and hope among all classes, rapidly attracting thousands of followers.

It may astound us to know that until the exact day 23 May 1844, when the Báb first proclaimed His Mission to Mulla Husayn, the speed of human communication and transportation had not increased since the dawn of history and was limited to the speed of a fast horse. (Though steam locomotives had just become a reality, they could not excel the speed of a horse.)

On that very day, exactly twelve hours after the Báb’s momentous announcement of a New Era, an American scientist, Samuel Morse,
tapped out the first message to be transmitted by
electromagnetic waves
travelling at the speed of light and it read, “What Hath God Wrought”
(Thus precisely fulfilling the Scriptural Prophecy).

It was hardly coincidence that the Báb’s revelation should be accompanied
by a quantum leap in the speed of human communication.

Rather, it was one more demonstration of the inexorable working of the Destiny.

With the Báb's call for spiritual and moral reformation, and His attention to improving the position of women
and the lot of the poor, the Báb’s prescription for spiritual renewal was revolutionary.

The proclamation went forth that the Báb was shot dead on 9th July 1850 in Tabriz and great excitement prevailed in the city.

The Universal House of Justice in its letter addressed to the Baháʼís of the world dated 10 July 2014 said:

"The alignment of the dates of the Badí‘ calendar with other calendars will shift depending on the occurrence of Naw-Rúz."

For instance the following Baháʼí Holy days will be observed in the next year 2022:

Note: The Bahá’í day ends and a new one begins at sunset; consequently, the day on which a Feast or
Holy Day is observed begins at sunset of the day before the Gregorian calendar.

The Declaration of the Báb is one of nine holy days during the year on which Bahá'ís suspend
work.