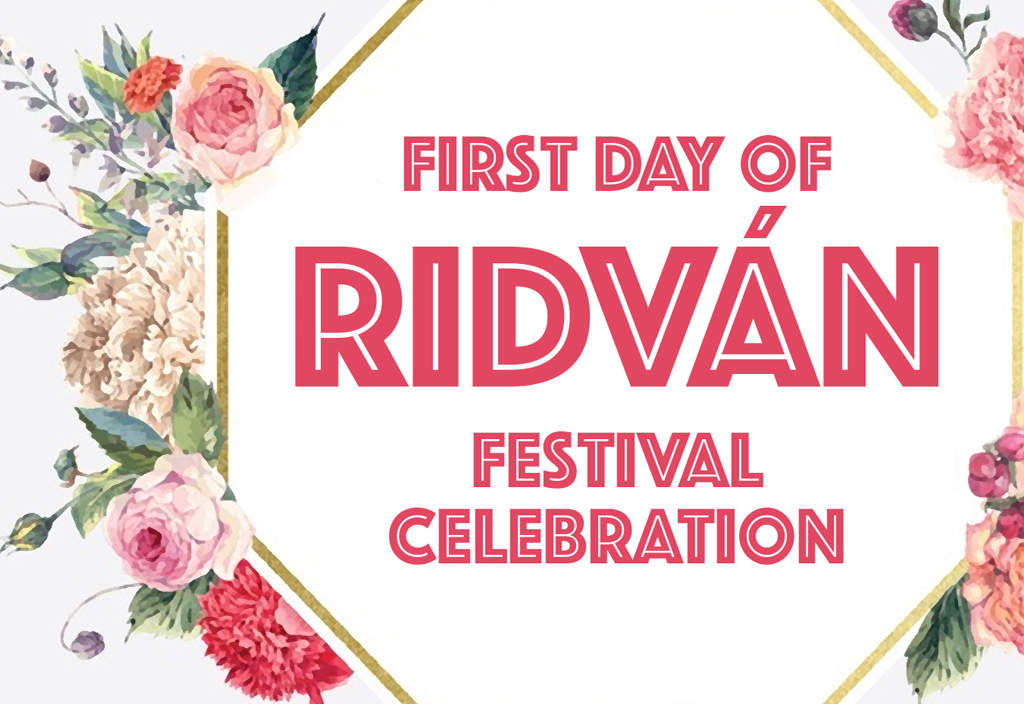 Riḍván is a twelve-day festival in the Baháʼí Faith, commemorating

Baháʼu'lláh's declaration that He was a Manifestation of God.

In the Baháʼí calendar, it begins at sunset on the 13th of Jalál 178 BE, which translates to the 20th or 21st of April, depending on the date of the March equinox (exactly one month on the Gregorian calendar after the equinox).

Ridván Festival is the holiest Baháʼí festival, and is also referred to as the  "King of Festivals", "The Most Great Festival" and The “Festival of God”

This year, i.e. in 2021, the Ridván Festival is celebrated from sunset 20 April to sunset 1 May. In 1863, Bahá'u'lláh' stayed in a garden on the banks of the Tigris River for 12 days, during which His many admirers in the city came to bid Him farewell. 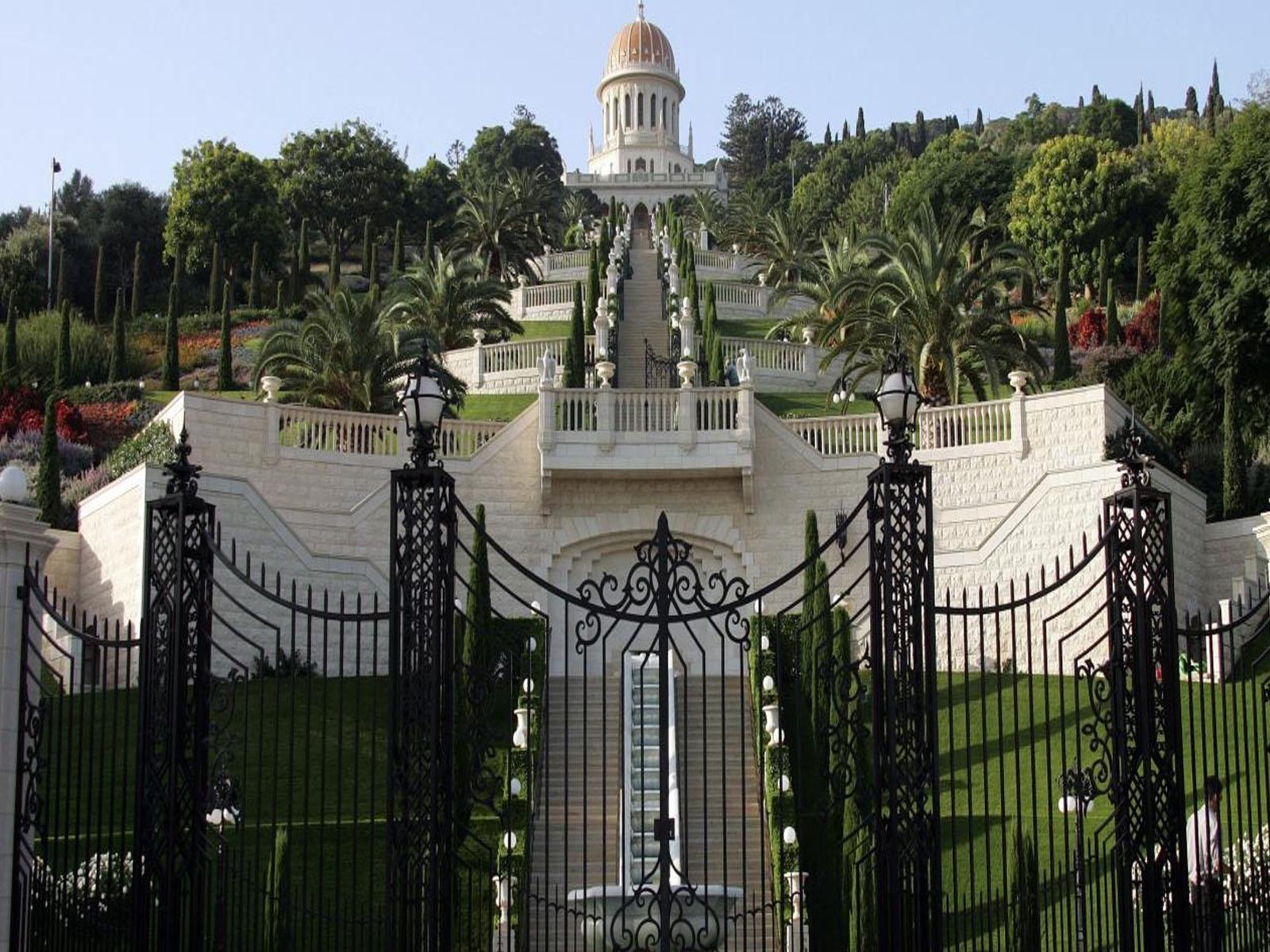 In thousands of localities around the globe on the first day of Ridván, Baháʼís also vote for their Local Governing Councils. And throughout the 12-day festival of Ridván, National Conventions are held in more than180 countries and territories, during which delegates gather to vote for their National Spiritual Assemblies, a nine-member council responsible for guiding, coordinating, and stimulating the activities of the Baháʼís in its jurisdiction. Baháʼí elections are distinct for their lack of nomination and campaigning.

This annual festival marks the anniversary of the days Bahá'u'lláh' spent along the River Tigris in Baghdad.

Bahá'u'lláh announced to the friends gathered with Him during those days that He was God's Messenger for a new Age, foretold in the world's Holy Scriptures.

The festival properly starts at two hours before sunset on that day, which symbolises the time that Baháʼu'lláh entered the garden. On the first, ninth, and twelfth days, which are Baháʼí Holy Days, work is prohibited. 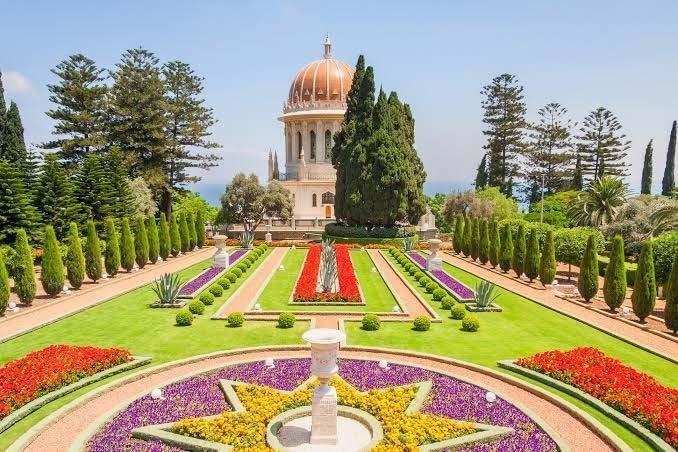 Currently, the three holy days are usually observed with a community gathering where prayers are shared, followed with a celebration. Every year on the first day of Ridván, the Universal House of Justice addresses a message to the Baháʼís of the World.  The Festival of Ridván is observed according to the Baháʼí calendar, and begins on the thirty-second day of the Baháʼí year, which falls on 20 or 21 April.

The festival marks Bahá'u'lláh's time in the garden of Ridván in 1863 and His announcement that He was the Prophet promised by the Báb, who is the Prophet Herald of the Baháʼí Faith.  The Ridvan Festival commemorates the anniversary of the garden sojourn where  Bahá'u'lláh' declared His Mission outside Baghdad during the twelve days before His banishment to Istanbul (then called Constantinople) in 1863.

Bahá'u'lláh' had been exiled to Baghdad ten years earlier in 1853 by a Persian government that feared the rapid spread of His teachings and their progressive impact on society; and now, because His teachings continued to spread and threaten the clerics, Bahá'u'lláh was being sent into further exile as a result of pressure from that same government.

That all nations should become one in faith and all men as brothers; that the bonds of affection and unity between the sons of men should be strengthened; that diversity of religion should cease, and differences of race be annulled — what harm is there in this?

The weeks before Bahá'u'lláh's symbolic sojourn in this verdant garden had been tragically sorrowful ones for his friends, followers and family. Informed of the government’s order – which would remove Bahá'u'lláh' from Baghdad and tear Him away from most of them forever — they mourned and lamented, crowding in and around His house in large numbers.

In the midst of this sadness, Bahá'u'lláh began to announce the mission of His new Faith to a widening circle of believers. With this action, Bahá'u'lláh transformed the occasion of His banishment from tragedy to triumph. 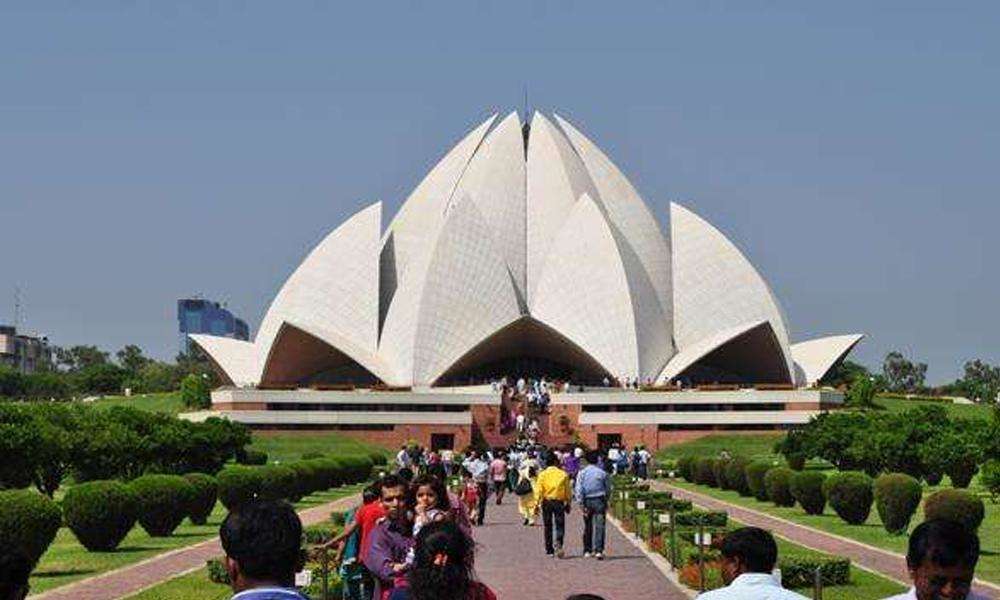 Today, the eve of Baha’u’llah’s banishment from Baghdad to Istanbul is commemorated each year by Baháʼí communities around the world, not as a time of sorrow or regret, but as a festival of great joy.

The holiday stands as a demonstration, despite Bahá'u'lláh's repeated exiles, of the power of the Manifestation of God to create good from evil, bring forth light from darkness, and win victory from seeming defeat:

The Iranian government believed the banishment of the Blessed Perfection from Iran would be the extermination of His Cause in that country.

These rulers now realized that it spread more rapidly. His prestige increased, His teachings became more widely circulated. The chiefs of Iran then used their influence to have Bahá'u'lláh exiled from Baghdad. He was summoned to Constantinople by the Turkish authorities. While in Constantinople He ignored every restriction, especially the hostility of ministers of state and clergy. The official representatives of Iran again brought their influence to bear upon the Turkish authorities and succeeded in having Bahá'u'lláh banished from Constantinople to Adrianople, the object being to keep Him as far away as possible from Iran and render His communication with that country more difficult. 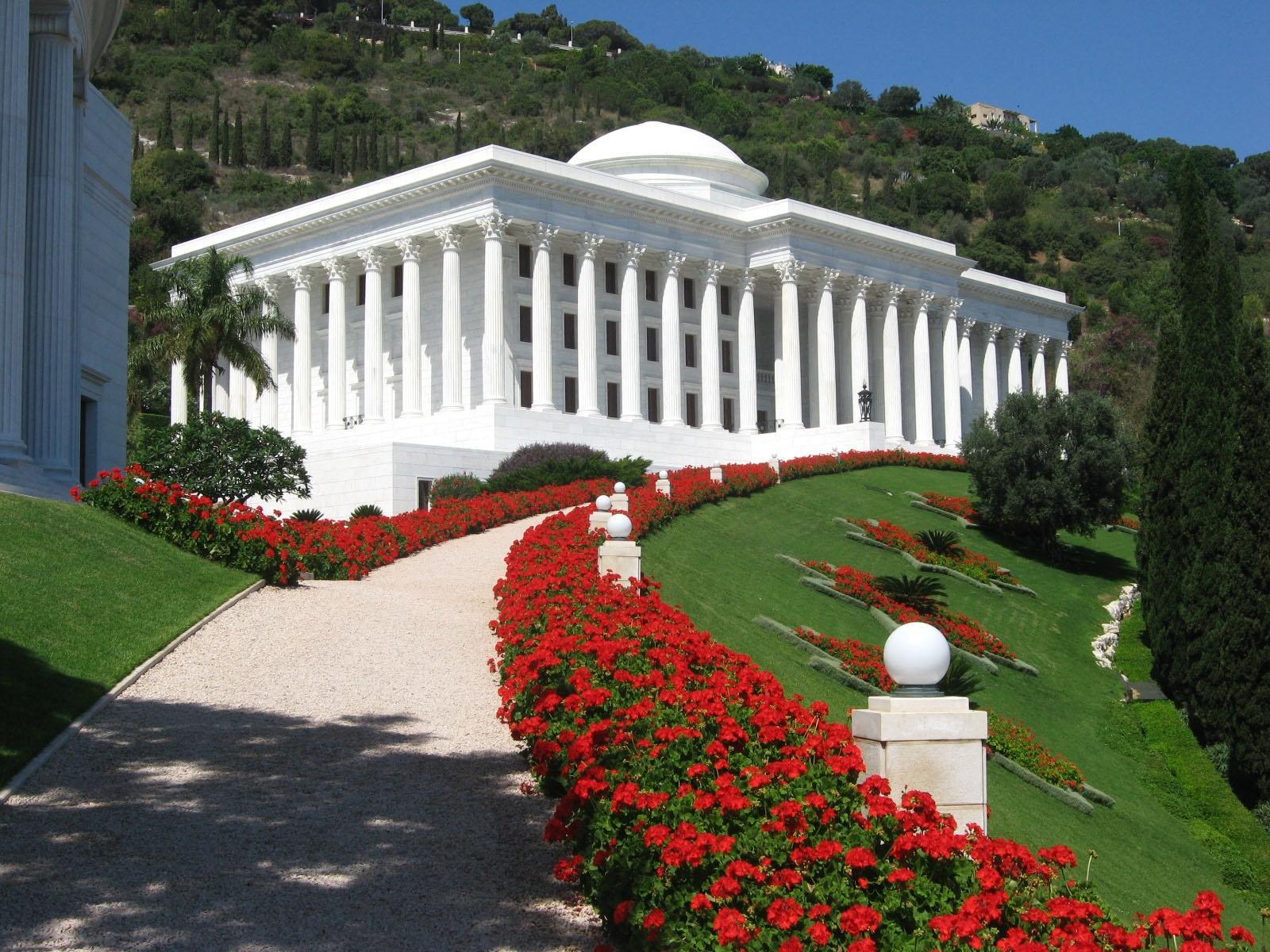 Nevertheless the Cause still spread and strengthened.

Bahá'u'lláh’s declaration of His mission in the Garden of Ridvan gave new faith to the handful of believers whom He chose to hear this new message. Moreover, it infused the entire gathering in the garden with joy and life. Even those who were completely unaware of the declaration reported feeling a sense of happiness and joy. These feelings are reclaimed by the Baháʼís each year during of the celebrations of this Most Great Festival.

Furthermore, during Baháʼu'lláh's first day in the garden, He made three further announcements:
(1) abrogating religious war, which was permitted under certain conditions in Islam and the Bábí faith;
(2) that there would not be another Manifestation of God for another 1,000 years; and
(3) that all the names of God were fully manifest in all things.

Nader Saiedi states that these three principles are "affirmed, expounded, and institutionalized" in Baháʼu'lláh's Kitab-i-Aqdas, which was completed in 1873.

The most holy Baha’i festival worldwide is the 12-day period known as Ridvan. Named “Ridvan” for “paradise,” this sacred festival commemorates Baha’u’llah’s time in the Najibiyyih Garden—after He was exiled by the Ottoman Empire—and the first announcement of his prophethood. 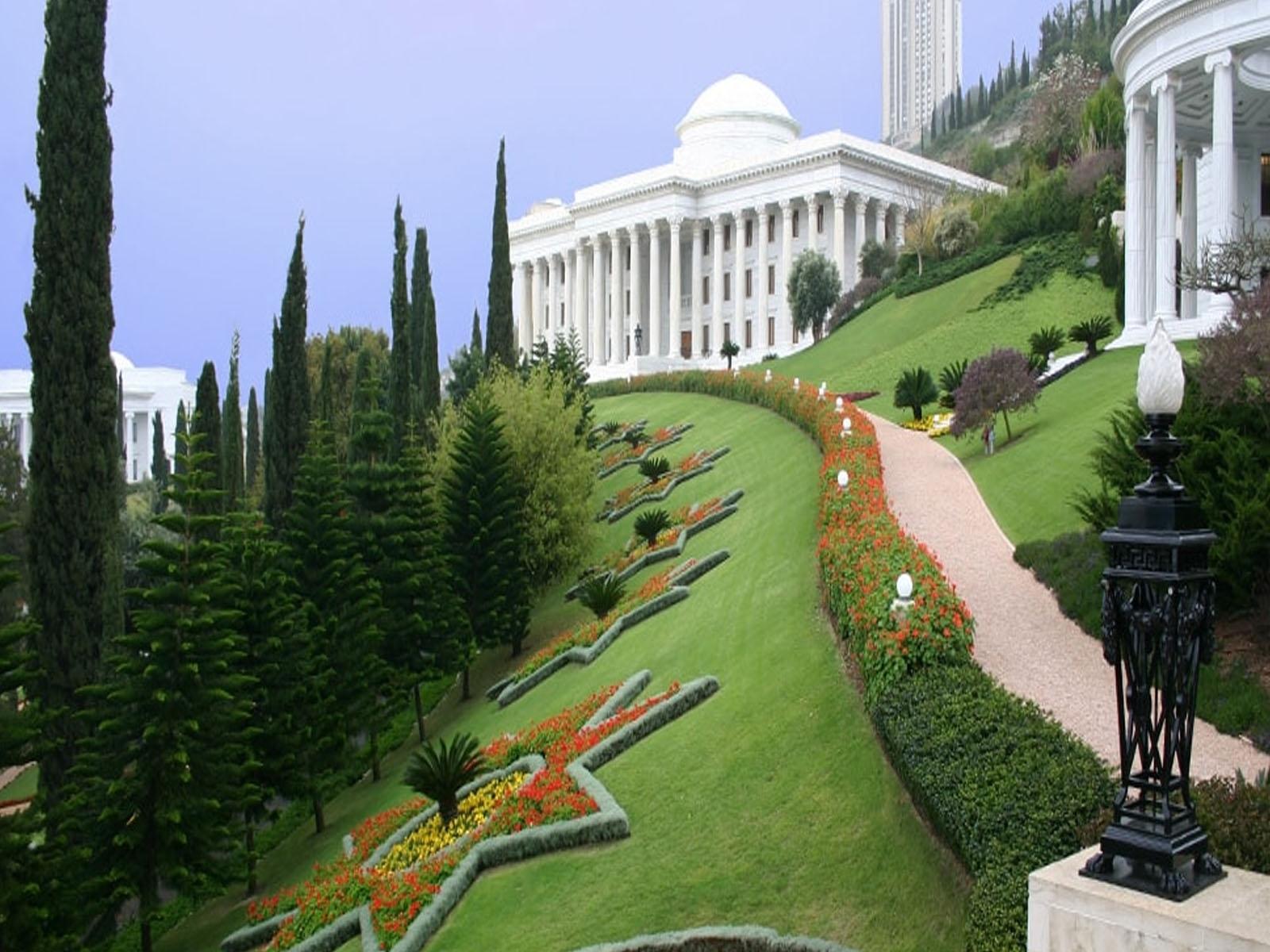 For Baha’is, Ridvan is the “King of Festivals,” and the first, ninth and 12th days are occasions for work and school to be suspended.

The story of Ridvan actually begins years before Baha’u’llah revealed his identity and took up temporary residence in the Najibiyyih Garden, with a man who called Himself “the Bab” (translated, the Gate).

The year was 1844 CE when Siyyid Ali-Muhammad, of Shiraz, made the proclamation that He was the Bab—and that a Messianic figure was coming. Nine years later, the noble man known as Baháʼu'lláh experienced a revelation while imprisoned in Tehran, Iran: He was the Promised One foretold of by the Bab.

After release from prison, Baháʼu'lláh settled in Baghdad, which was becoming the center of the Babi (followers of the Bab) movement. Though He made no open claims related to His revelation, Baháʼu'lláh slowly began attracting more and more Babi followers. The growing Babi community, along with Baháʼu'lláh’s increasing popularity, caused the government to exile Baha’u’llah from Baghdad to Constantinople.

After having packed his things, Baháʼu'lláh stayed in the Najibiyyih garden to both receive visitors and allow his family sufficient time to pack for the journey.

Precisely 31 days after Naw-Ruz, on April 21, 1863, Baha’u’llah moved to a garden across the Tigris River from Baghdad with His sons, secretary and a few others. In the Najibiyyih Garden, Baháʼu'lláh announced his prophetic mission to a small group of close friends and family. In addition, Baháʼu'lláh made three announcements: that religious war was not permissible; that there would not be another Manifestation of God for 1,000 years; and that all the names of God are fully manifest in all things.

Because Baháʼu'lláh spoke out against all forms of tyranny and oppression, the Ridvan period is also designated as the time when Baháʼís around the world elect the democratic institutions that will serve them during the coming year. Baháʼís have no clergy, so Baháʼí communities are governed and directed by democratically-elected bodies of nine people called Assemblies. Elections for Baha’i Local Spiritual Assemblies (in every locality where Baháʼís reside) and National Spiritual Assemblies (in every country) are held each year during the twelve days of Ridvan. Every five years, the Universal House of Justice is elected during this same period.

In gathering to say prayers and silently cast their ballots for the institutions that will help inspire and guide them through the year, Baháʼís symbolically renew their covenant with Bahá'u'lláh, affirm the Baháʼí teachings on freedom of thought, liberty of conscience and right of speech, and redeem that momentous declaration in the Garden of Ridván, affirming the structure of a living world community established in Bahá'u'lláh’s name.

In the Kitáb-i-Aqdas, written during 1873, Baháʼu'lláh ordains Ridván as one of two "Most Great Festivals", along with the Declaration of the Báb. He then specified the first, ninth, and twelfth days to be holy days; these days mark the days of Baháʼu'lláh's arrival, the arrival of his family and their departure from the Ridván garden, respectively.

The time that Baháʼu'lláh spent at the Garden of Ridván in April 1863, and the associated festival and celebration, has a very large significance for Baháʼís. Baháʼu'lláh calls it one of two "Most Great Festivals" and describes the first day as "the Day of supreme felicity" and He then describes the Garden of Ridvan as "the Spot from which He shed upon the whole of creation the splendours of his Name, the All-Merciful". 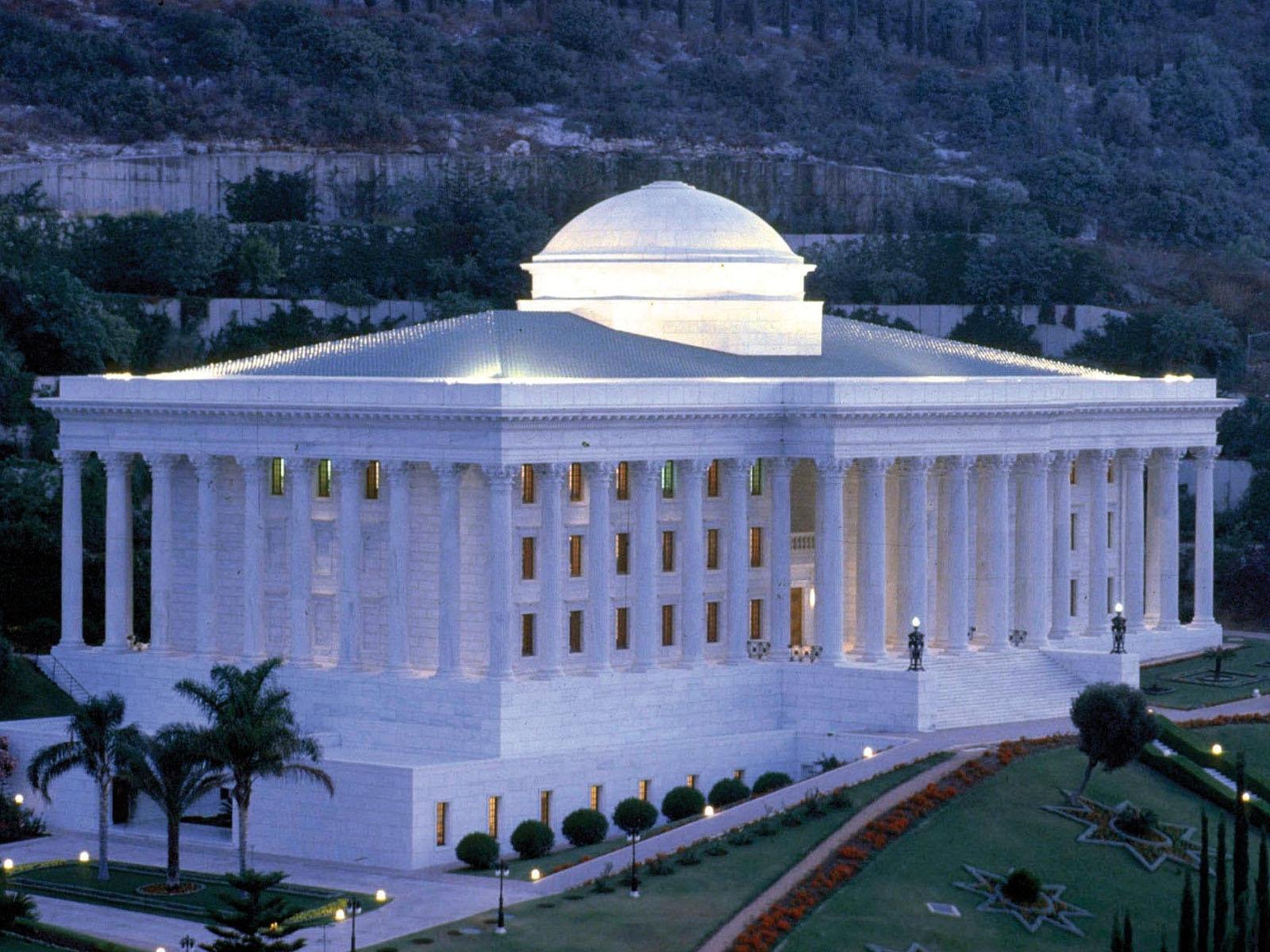 The festival is significant because of Baháʼu'lláh's private declaration to a few followers that he was "Him Whom God shall make manifest" and a Manifestation of God, and thus it forms the beginning point of the Baháʼí Faith, as distinct from the Babi religion. It is also significant because Baháʼu'lláh left his house in Baghdad, which he designated the "Most Great House", to enter the Garden of Ridván.

Baháʼu'lláh compares
this move from the Most Great House to the Garden of Ridván to Muhammad's travel from Mecca to Medina.

On the first, ninth and twelfth days of Ridván, work and school should be suspended.